I began my \Art process by asking a question, ‘what is anti interactivity, or what is the negative space around interactivity?’ Alap, Brandon, and I discussed this for a while, and we decided that anti interactivity is a relationship to a work of art in which involuntary processes like heartbeat and body temperature affect the piece. It was important to us that the readings be gathered from remote sensors so that direct viewer involvement would not be part of the experience. Brandon and Alap designed a system of sensors that could accomplish this. Their job was to then connect the viewer inputs gathered by the sensors to visual aspects of the piece such as light intensity, light color, the animated human figure’s makeup shades, eye color and skin tone and the volumes of the different sound tracks. In the final piece, all of these changes create different colored lens flares and light artifacts that wipe across the screen and are data driven embodiments of the audience. The changes are subtle. The point was not to create a conscious relationship between the viewer and the piece, but rather a subliminal one. Interactivity usually fails art because it makes the connection between viewer and object literal and banal. We created a system that is actually an enhancement of the undefinable relationship between a viewer and an object of contemplation. We created a machine to envision the invisible feedback mechanism between the viewer and the art.

This process was an opportunity to translate an abstract idea into a lived experience. Art has existed as a relationship between the self and technology. As our creative tools deepen, become more seductive, and promise infinite novelty, the danger of the loss of one’s original artistic concept intensifies. We all agreed that the retention of the concept was of primary importance, and how to do that was always part of the discussion.

Just because an industry names something virtual, it doesn’t mean that it invented virtuality. Same with interactivity. The novel, religion, philosophy and art; all these things are virtual and all create interactive mental spaces. Photorealistic 3D rendering, interactive gaming, and VR are just recent instances within the history of perception. We looked at the piece we created more historically than technologically. We created something very subtle, beautiful and mysterious using technology created for the more goal oriented realms of industry and entertainment.

The goal of this program is to set up a feedback loop between the artist and the technologists. One supplies the questions and the other supplies the answers. Then the reverse. And we should all walk away having created something new together. But it’s not easy. For it to succeed there needs to be a clear and attainable goal, the knowledge that technology is not magic, and an openness on everyone’s part to be swayed by the process.

Software development in the current art world is much like a startup. It’s not about pristine code or about a robust architecture, but instead it’s about creating a product that conveys your message and stays within the constraints of the project, be that time or capital. It’s also about learning to work and excel with conflicting sets of viewpoints, that at times seem arbitrary (and at times are arbitrary) but that nevertheless result in a piece that could not have been achieved without its diverse contributors.

When we arrived at \Art, we brought with us the belief that both art and technology could benefit each other if approached with intention. Not technology in search of art, or art in search of technology, but instead, an organically grown piece where neither the art or the technology could exist alone. We bonded with Matthew over the concept of “anti-interactivity”, the notion that just by being present, the audience, the setting, and even the temporal context affected an art piece. That without needing to interact, the audience was in fact interacting with the piece. And with this single notion, The Living End was born.

Over the duration of our time at Cornell Tech, we have shared the idea that technology has the potential to be used in a broader way than we commonly see today: in a conscientious and human-centric manner and as a powerful tool for ends other than its own sake. We believe that if used in a deliberate and careful manner, it has the potential to harmoniously work with the concept of the artwork and enable altogether new forms of communication and relationships between the viewer and piece.

The notion of “anti-interactivity” was fascinating because it allowed us the opportunity to try and unobtrusively integrate technology into the fabric of an artwork. In fact, this turned out to be the very definition of anti-interactivity we arrived at: that it not be a distraction or focus but instead create an environment that is subtly aware, conscious just as the world around us is.

Our previous experience with computer graphics, computer vision and game engine software aligned with the need to create a system of sensors that could process input signals and intelligently interpret them to feed into a game engine (in this case, Unreal Engine), and so affect the rendering of ‘The Living End’ in real-time and give it life. 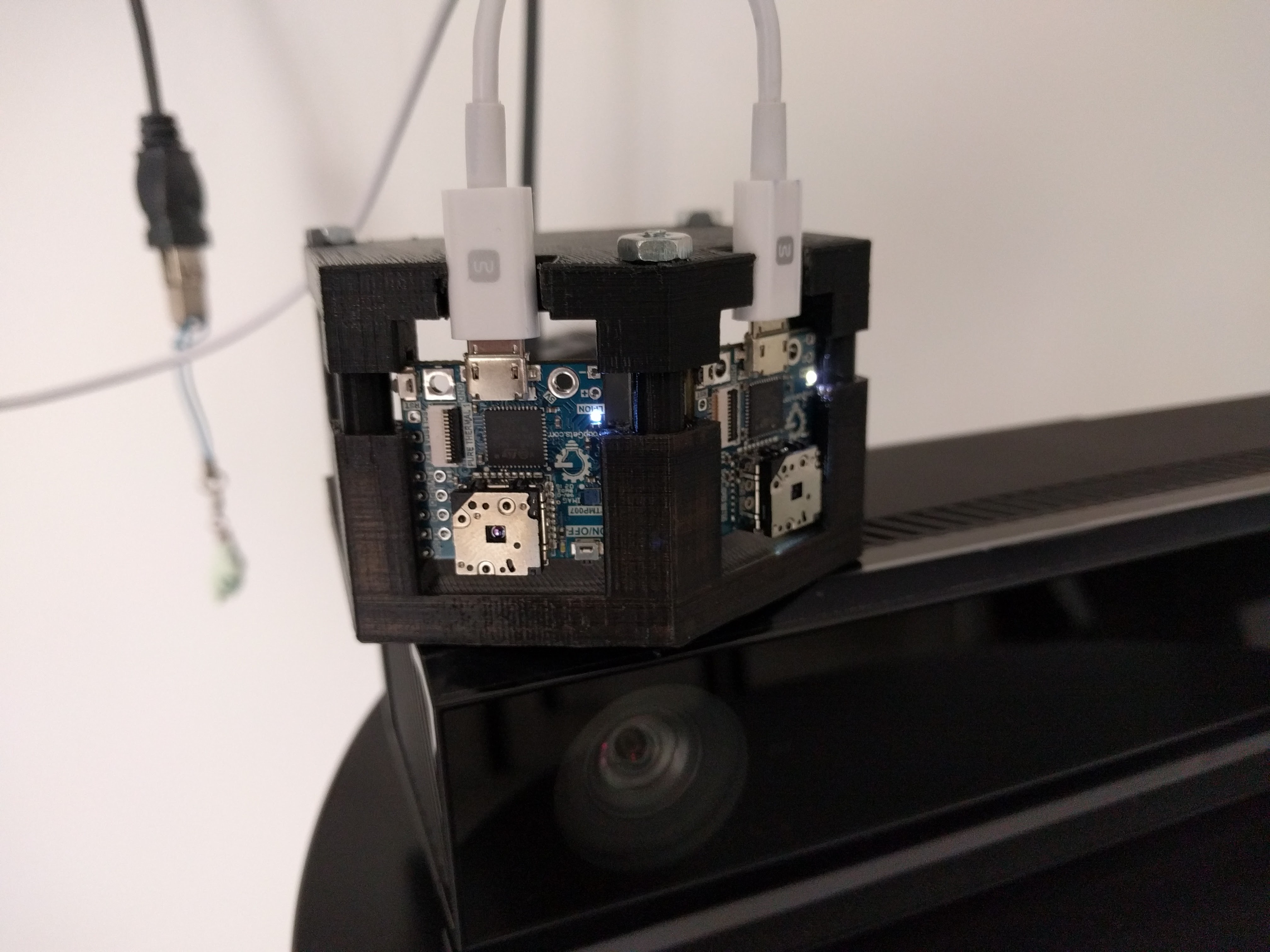 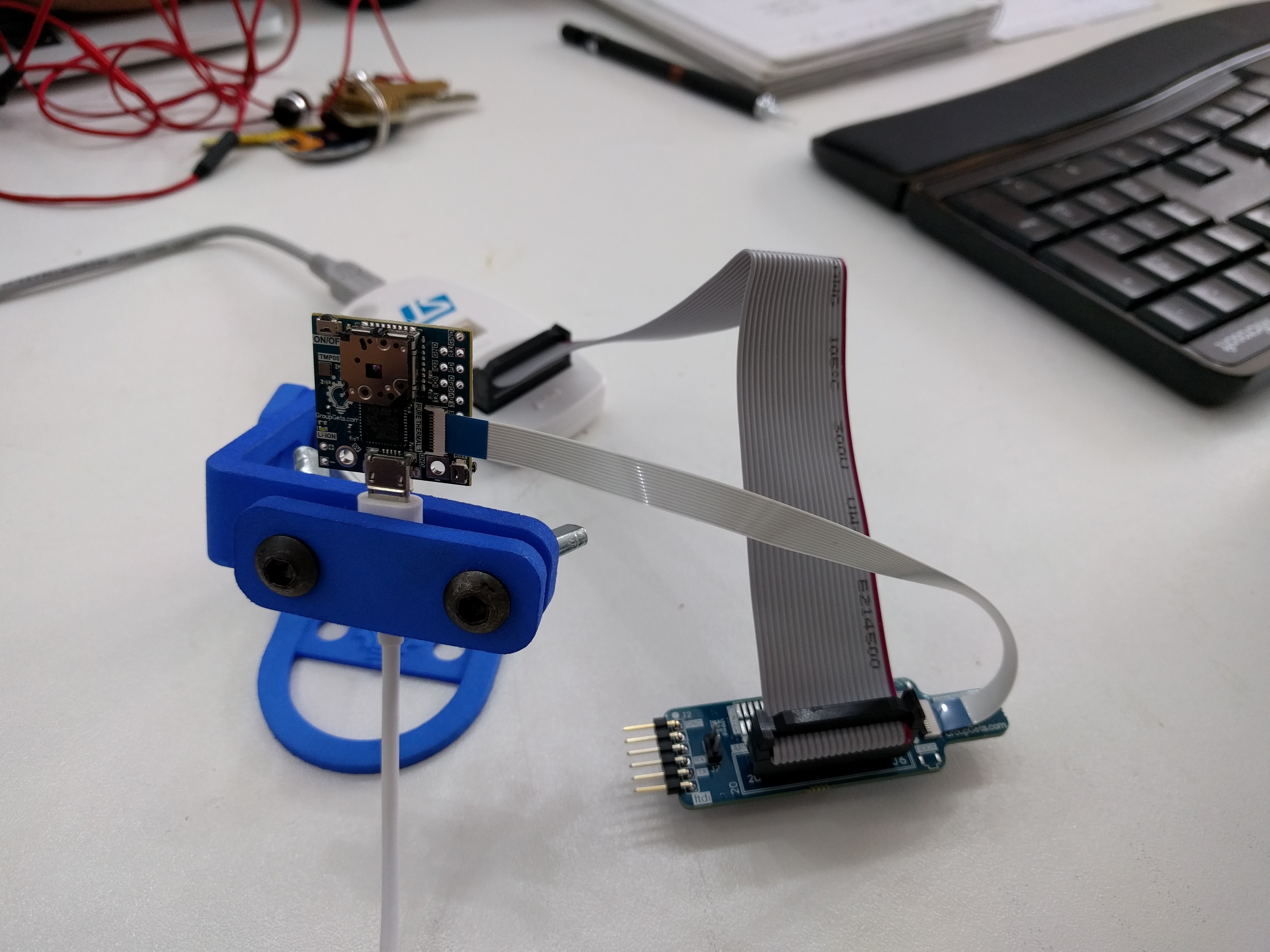 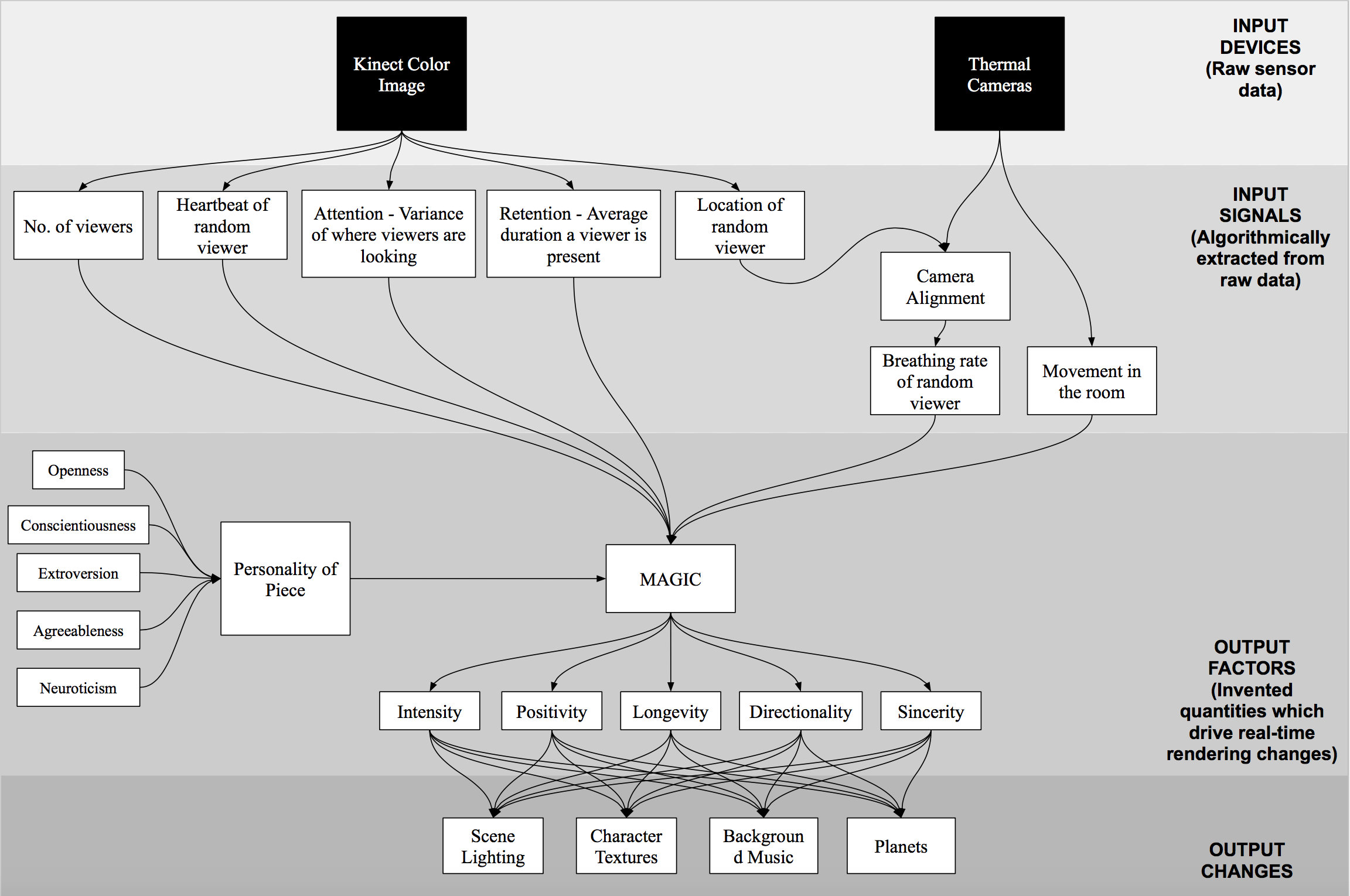