“They Call Us a Storm” is a performance made for the Museum of the City of New York as part of the \Art Fellowship at Cornell Tech.

During the 6-month fellowship I worked with Renee Esses and Nishad Prinja to create a performance in which 4 female performers carry out certain actions that cause a storm to brew.

Thinking about this political climate, I wanted to make a work that addressed power (those with, those without) and the different mechanisms that can function to refuse, demand, and threaten change. Through certain symbolic physical actions, the women conjure up a storm. A familiar kneel, a pointed finger, hands on the waist—instigate sounds of wind, thunder, and lightning (and the occasional pop song). The unseen power of the performers in relation to the “secrets” of the technology is used to create a force to be reckoned with and a threat of the coming storm.

In Matthew Weinstein’s discussion of his project with \Art, he states, “For it (the fellowship, the project) to succeed there needs to be a clear and attainable goal, the knowledge that technology is not magic, and an openness on everyone’s part to be swayed by the process.”

I would say that I went into my project thinking that technology was magic—I still kind of believe this, but understand process is needed to make it SEEM like magic is happening. As someone without the technological expertise to accomplish a lot of the tasks that were needed to make the piece successful, I relied on the knowledge of the Renee and Nishad to make things happen. After going down some roads that took us in many different directions, we came upon a technique that allowed us to start accomplishing what we set forth to do.

Because we were on a tight deadline (6 months) and we actually had a performance happening at the Museum of the City of New York, the show had to go on even if everything wasn’t exactly as it should have been. I feel like we got a good draft of a piece that needs tweaking, molding, refining—and then it will be great. \Art-version 2!

\Art is a driving force to be different, surpass comfort, and explore technology as a means of self expression. Working as a technologist in the art world, I’ve learned many lessons: Be comfortable with, and almost expect, sudden changes at every step of the way. Discuss big ideas creatively, despite knowing that their implementations will likely go far beyond your technical expertise. Be confident enough in your decisions that you can instill faith in others that technology can be trusted, yet remain humble enough to know when it can’t be. And have the calm and courage to face the many challenges that come with technology and live performance.

With “They Call Us A Storm”, we wanted to send a message to our audience. Throughout our creative and technical processes, this message and its portrayal have evolved dramatically, but nonetheless have maintained their core—sentimental reactions towards the world around us.

Specifically, this piece speaks to inequality and the power of women. By introducing advanced technology to this performance, we gave the performers the freedom to express that power in their own ways—to feel the energy of the storm and contribute to it. This smooth blend of humans and technology is what made this performance so uniquely possible.

\Art shifted our life energy, and we learned to roll with the punches and how to handle sudden and dramatic change. I had to adapt and work with many random unrelated stresses, and as the idea forms and iterations are developed it’s so important to keep in mind that because it’s art and technology it’s going to end up beautiful no matter what.

“They Call Us A Storm” was a tightly coordinated combination of art and a political message and motion capture in performance. We show that women are nature, are the storm, and that their movements will haunt and raise the forces of nature upon those that have oppressed them and those they care for. We sent a strong message to our audience and we think it delivered as the first version and foundation of a very highly technological but human performance piece. 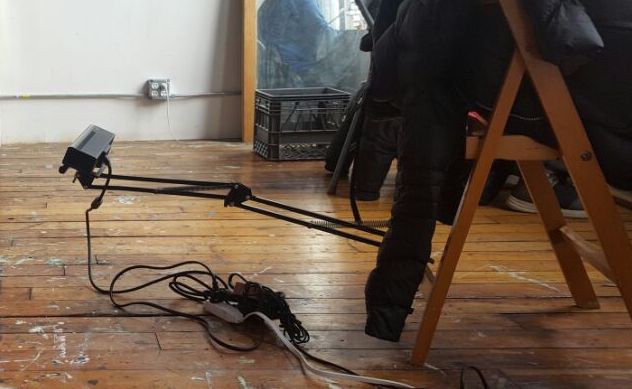 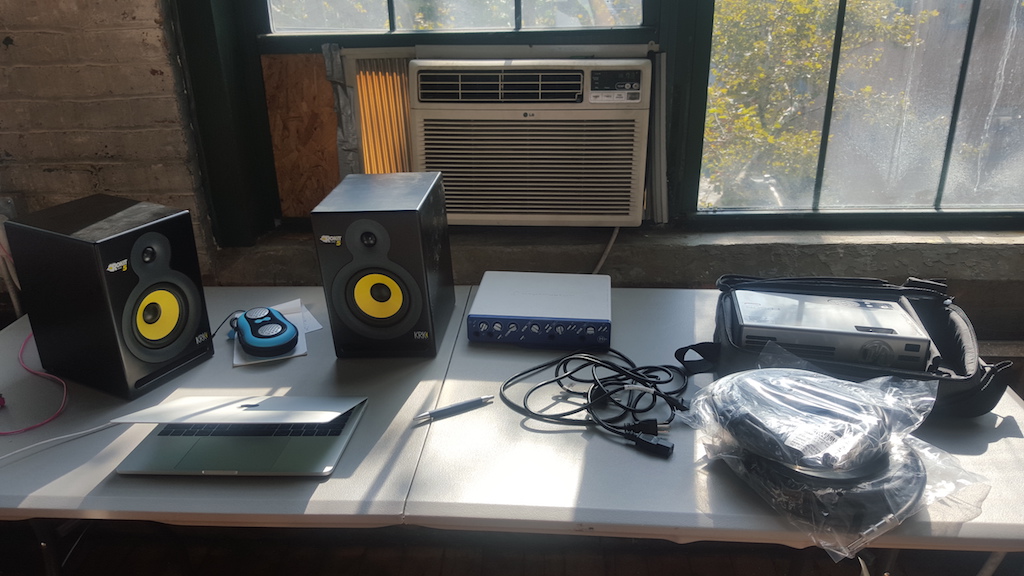 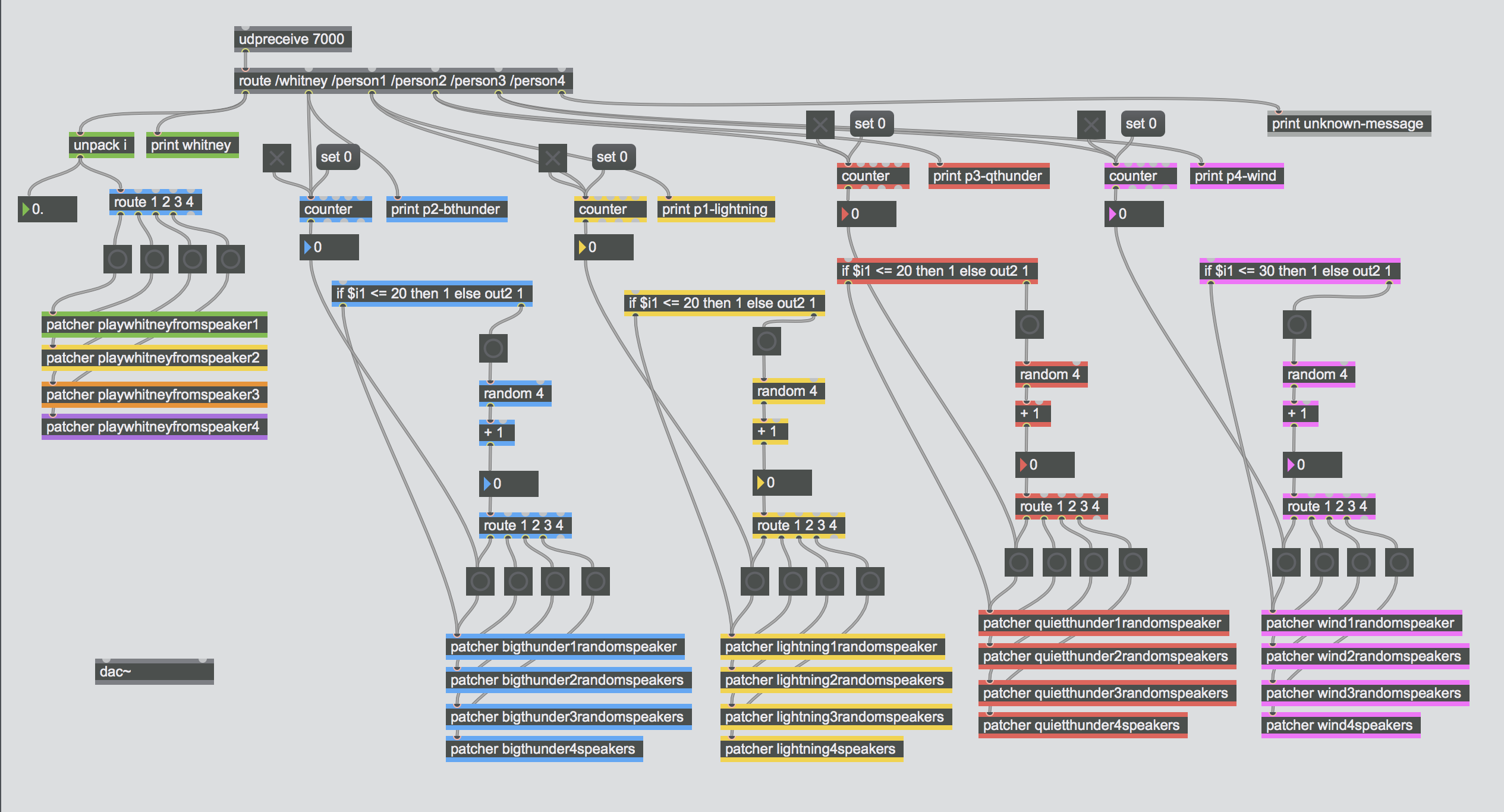 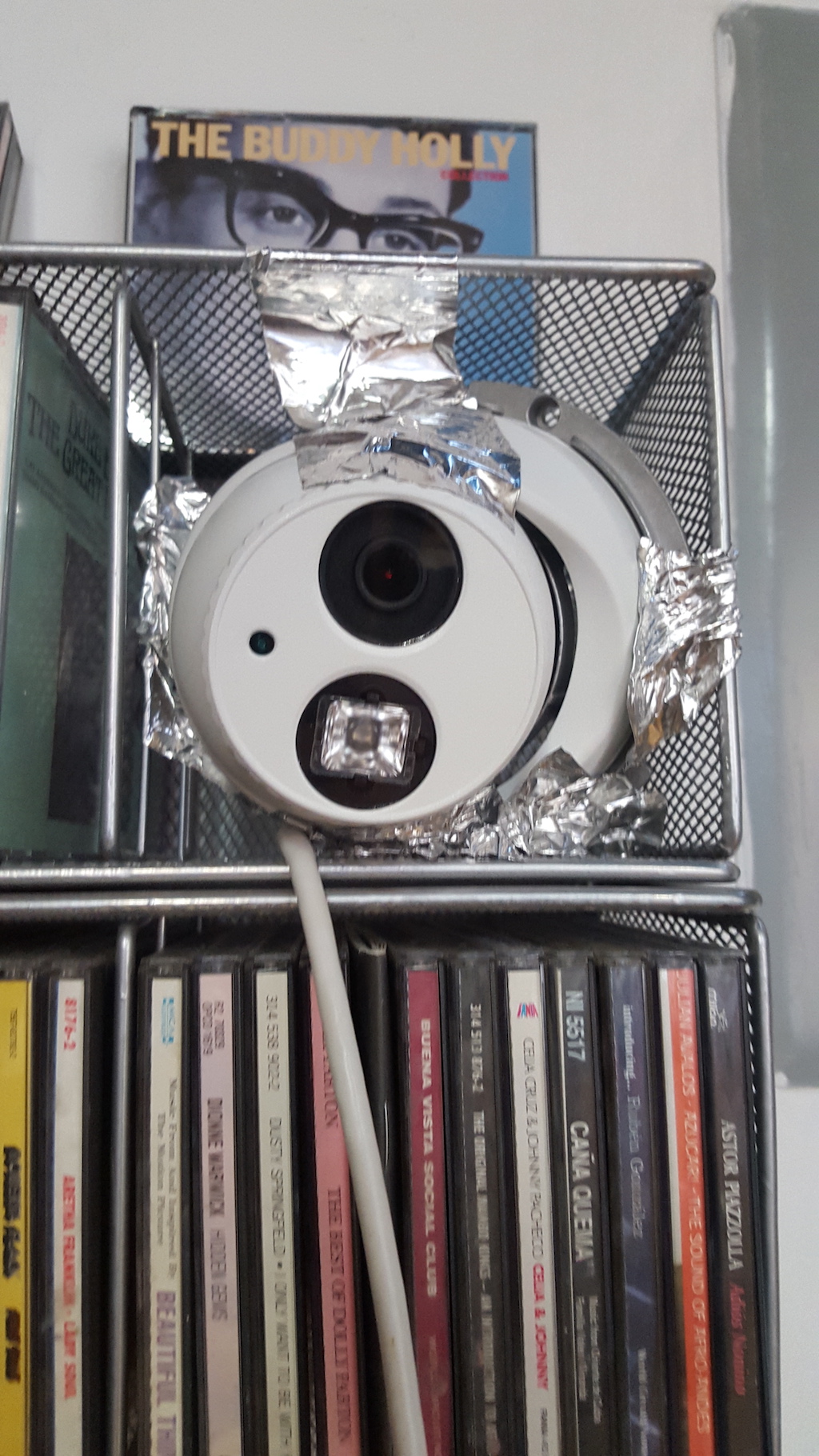